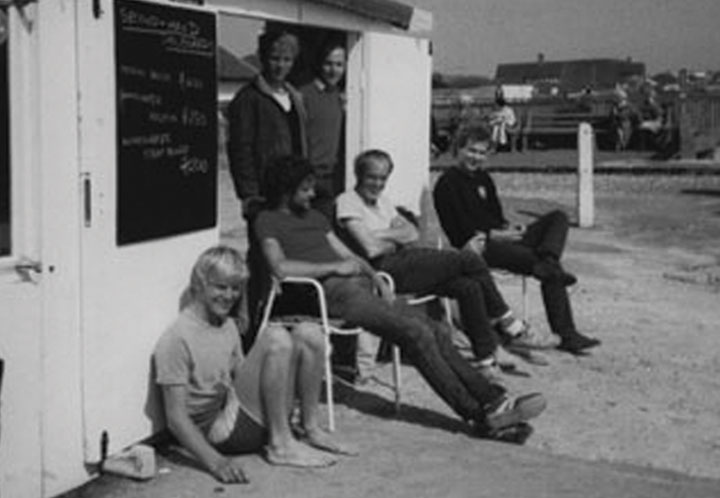 Shore founder, Simon Crawford - then a 23-year-old student with a passion for water sports who just wanted to live the beach lifestyle - first established Shore back in the spring of 1982. He found a small hut at the end of Shore Road in East Wittering (West Sussex) and set about scraping £500 cash together to start what is known today as Shore. Shore.co.uk currently boasts the UK’s widest range of surf fashion and watersports hardware on the Internet. The business originally started by hiring out surfboards, windsurfers, surf kayaks and a Hoby cat. At this time, windsurfing was the new sport that everyone wanted to try so tuition was also given. To cater for the massive interest in windsurfing (the mid 80’s fastest growing sport) gradually items were sold. Simon and all the other guys on the beach used to run the beach in the summer during the day, party on the beach at night and then move to the Canaries for the winter, where the surfing and partying continued!

THE UK’S NO. 1 WETSUIT RETAILER

The Shore business grew quickly and by 1984 a proper shop in the village centre was established. All profits were ploughed back into the business to buy more stock because sales and the hire business on the beach were growing from strength to strength. In the late 80’s a new retail site was found opposite the Shore Inn in Shore Road. The business then branched out into retailing wetsuits in a big way. Simon Crawford soon saw an opening for volume sales in wetsuits; at this time wetsuits were very hard to find, so Shore started to sell wetsuits nationally - often at half the price that they could be bought elsewhere... and so the UK’S No. 1 wetsuit retailer was born, Shore. Massive volumes of wetsuits were sold from a 300 square foot shop with customers travelling from the other end of the country to buy wetsuits at the best price from the widest selection of styles. Simon ended up purchasing the cottage next door just to store the wetsuits! The cottage was soon packed from floor to ceiling with thousands of wetsuits. 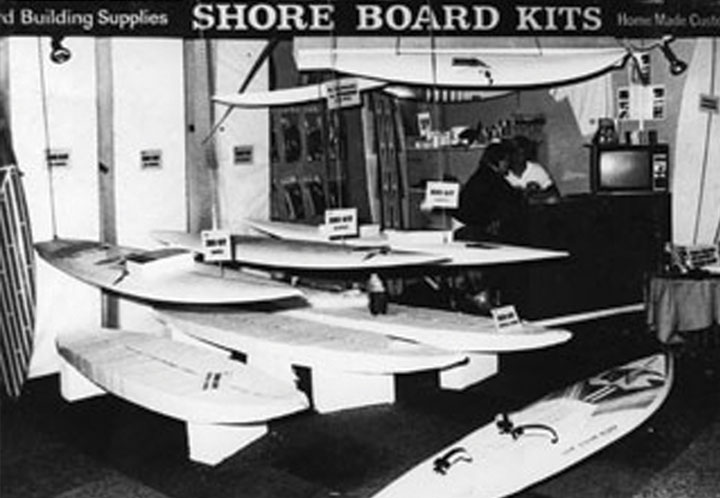 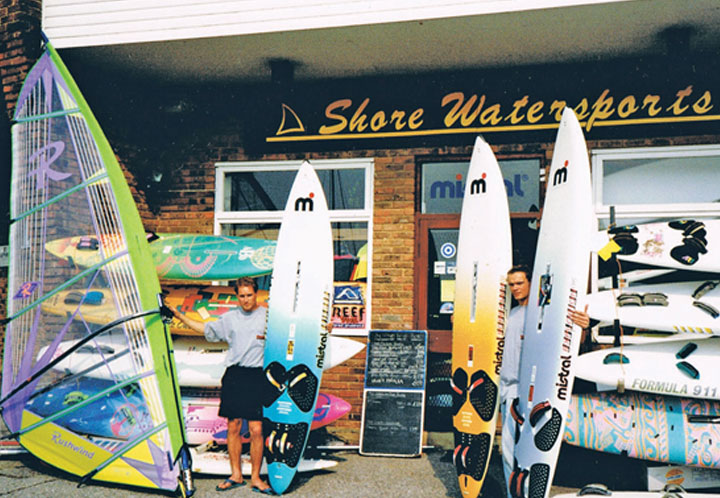 Mail order started with windsurfing kits. Windsurfing had begun to move into custom boards; all of the guys on the beach were making their own boards so there was an opening for mail order custom board kits, which were shipped round the UK. This was the start of the mail order part of the company and the kits proved really popular for many years to come. The first Shore mail order brochure was created in 1992 consisting of an A4 folded leaflet showing the extensive range of products available nationwide - with wetsuits topping the bill. Shore were buying more wetsuits from Gul than Gul were exporting to all of the European countries combined... and all of this from a small shop crammed full of stock in East Wittering! At the same time, a second store was taken over on Hayling Island (a locally renowned hot spot for windsurfing) from established retailer, Peter Williams. This store catered for the extended demand in windsurfing equipment and wetsuits - Shore was steaming ahead.

Shore's big break came in 1993, when they took over an old Saab car showroom - a flash 3,000 square foot showroom - to create the largest UK surf shop with a massive range of water sporting equipment, one which opened the way for volume mail order sales. The same ethos applied then much as it does today - the guys that ran the business were all huge water sport enthusiasts who sold the right gear with proper technical advice. The brochures were now coming out twice a year and growing with each season with a larger and larger range of stock. This was the first time that surf fashion was available nationwide (at the time you could not buy any of the big names such as Quiksilver and Billabong on the everyday high street). Shore continued to break new ground again with the first mail order surf fashion brochure. 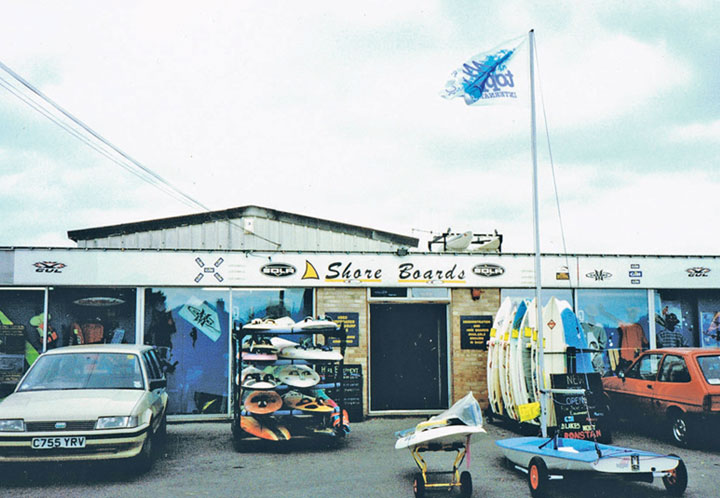 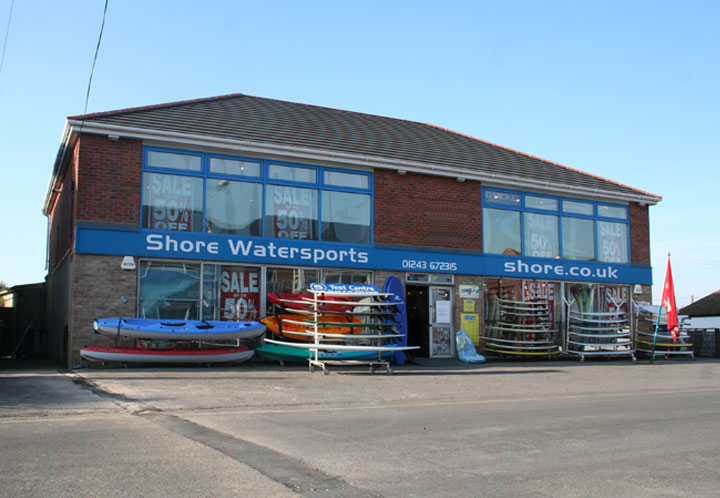 SURFING DIGITAL, THE BIRTH OF SHORE.CO.UK

First registered in 1994, Shore joined the world wide web and began to surf the digital waves to e-tail surf fashion online to a global audience. Over the following years the team have continually pushed the website forward to offer a massive range of surf fashion, accessories and water sporting hardware as well as extending the product offering to snow and kayak. Shore has always made the site as simple and easy to use as possible while continuing to provide an unparalleled choice of products. They are now pushing the boundaries even further by featuring over 15,000 items on the website and providing a service that is second-to-none - with virtually all products going out on the same day that they were ordered. Shore's team is equally passionate about all things surf as they are about customer service, theyare not satisfied with less than 100% achievement and will do their utmost to get customers the right product at the right time - at the right price.

A NEW TIDE AND THANK YOU

Now, in 2017, not only are we celebrating 35 incredible years in surf retail but we are also proud to unveil the next generation of Shore.co.uk packed with even more features to make your online shopping experience the very best it can be - we hope you agree. We owe a lot to our amazing customers throughout the last 35 years and would like to take this opportunity to thank everyone for their continued support and custom, we really do appreciate it. 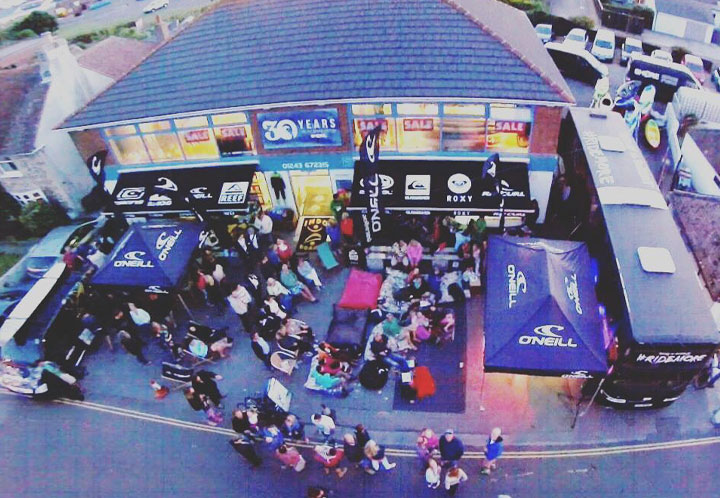